A native of Houston, Texas, Stix developed an interest in music, drums and percussion at a very early age. Starting in junior high, under the direction of George Magruder, the school’s band director, Stix began devoting much of his time to the study of all aspects of music including composition, song writing, etc. Studying at Phillis Wheatley High School, spearheaded by band director, Sammy Harris, Stix eventually formed a band called the Swingsters, later on the Modern Jazz Sextet. While matriculating at Texas Southern University, Stix received continual coaching from members of the Houston Symphony Orchestra and other local professional musicians. Upon moving to the west coast, he studied music at California State University, Los Angeles, and also received coaching from well-known private instructors and his personal mentors. During this time the Jazz Crusaders were formed eventually becoming the Crusaders, a world renowned entity.

This intensive musical education helped Stix polish his artistry and enabled his craftmanship to be so diverse that he’s been able to perform and collaborate with a wide range of artists in the mainstream of pop and contemporary music. Stix has performed, collaborated, composed with and produced for a wide range of music greats, including Arthur Fiedler, George Shearing, The Royal Philharmonic Orchestra of London, B.B. King, Grover Washington, Jr., Quincy Jones, Marvin Gaye, Nancy Wilson, Ernestine Anderson, Rolling Stones and many more.

Stix is credited with creating an original style of drumming that has been incorporated in Jazz as well as other musical genres, called “Jazz Funk.” He is a long time endorser, player and contributor to Pearl through it’s development during the 60’s and 70’s beginning in Chiba, Japan (Image located five rows down, 4th from the left). It’s been said, “Stix Hooper should be any drummer’s go-to-guy when they wanna learn about “the pocket.” (Music Connection) “Drummer Stix Hooper’s band, Viewpoint, set the bar high for what was to follow. Paced by Hooper’s dynamic percussion work, the group moved easily and smoothly from brisk mainstream jazz to more propulsive grooves.” (Don Heckman, Los Angeles Times; RE: The Playboy Jazz Festival)

Stix Hooper has contributed much to the world of music and to the Jazz Community through his work with the National Academy of Recording Arts and Sciences (The Grammy Awards organization), where he served as the National Vice Chairman (the first African American to do so), having previously served three terms as President of the Los Angeles Chapter of NARAS (the first ever three term President, and only the second African American President of that chapter).

Among the numerous acknowledgements and accolades Stix has garnered are 12 Grammy nominations, #1 awards from various music media, named one of the top drummers/musicians by Downbeat, Playboy Magazine and other publications, received an invitation to the White House, keys to major US cities and several international honors.

For more information or to arrange an interview contact admin@stixhooper.com; 425-481-3274 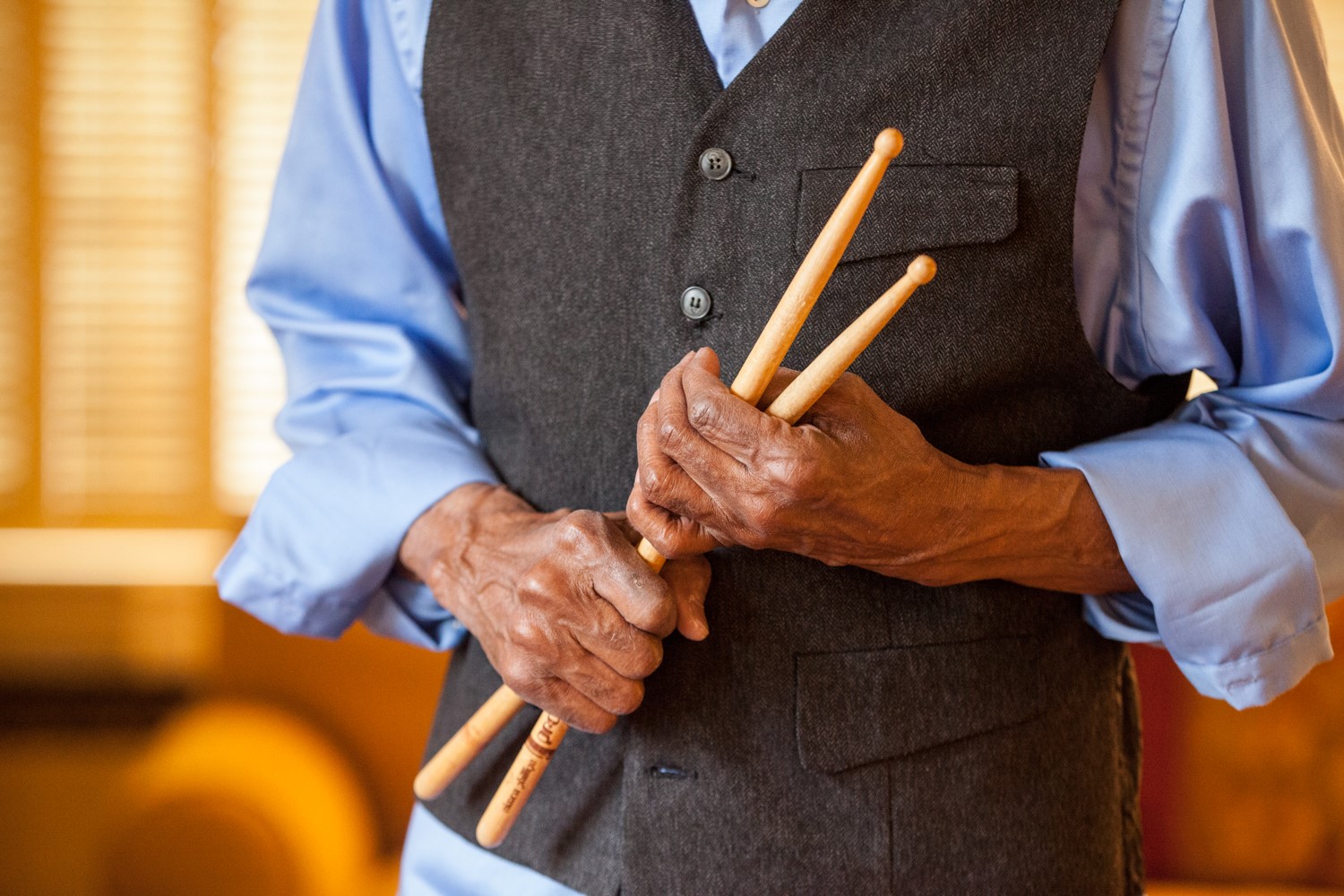